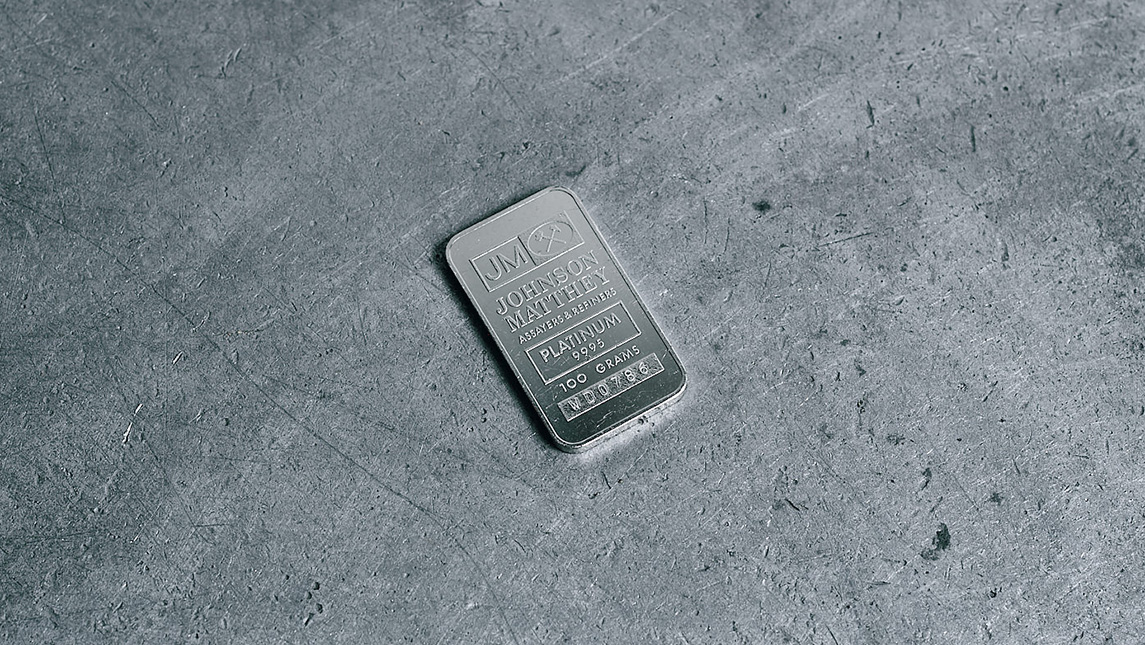 The platinum mines are being heckled

Almost all companies can report specific problems in their industries, such as shortages of inputs and skilled labour. However, the operators of platinum mines, which are mainly active in South Africa and partly in North America, are currently being hit particularly hard. One reason for this is the lower platinum price.

Although platinum had already become considerably cheaper since the spring of 2021, the price on the precious metals exchange in London continued to fall in recent weeks. Most recently, a troy ounce was valued at only US$840. In mid-May, the fixing in London was still just under US$990. And despite the devaluation of the euro, which usually makes raw materials more expensive, platinum in Germany fell by about 10% to just under €27 per gram. This is bad news for the platinum mines because it reduces the proceeds from the sale of the mined metal. 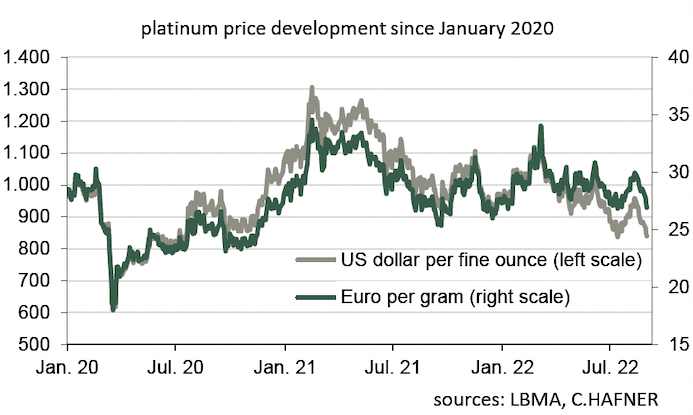 The drop in the platinum price is, to a greater or lesser extent, a reflection of the current problems in the global economy: the corona lockdowns of megacities in China are repeatedly disrupting international supply chains. The same applies to the war in Ukraine, where cable harnesses for the automotive industry are produced. Car production has therefore not yet really recovered from its slump during the Corona pandemic, and that is why fewer precious metals of the platinum group are needed for exhaust catalytic converters than before. And due to high inflation, the demand for vehicles from private households is battered anyway. In July, there were 12.9% fewer passenger cars newly registered in Germany than in the previous year, and in Austria that number hit 19.3%. On the other hand, the operators of the platinum mines must factor in higher expenses for increased energy prices and wages. Added to this is the desolate social situation in South Africa, where there were several unannounced strikes and protests recently. Various analysis firms, therefore, expect declining profits for mine operators, and one of the largest companies in the sector, Impala Platinum, expects demand for platinum to weaken further.