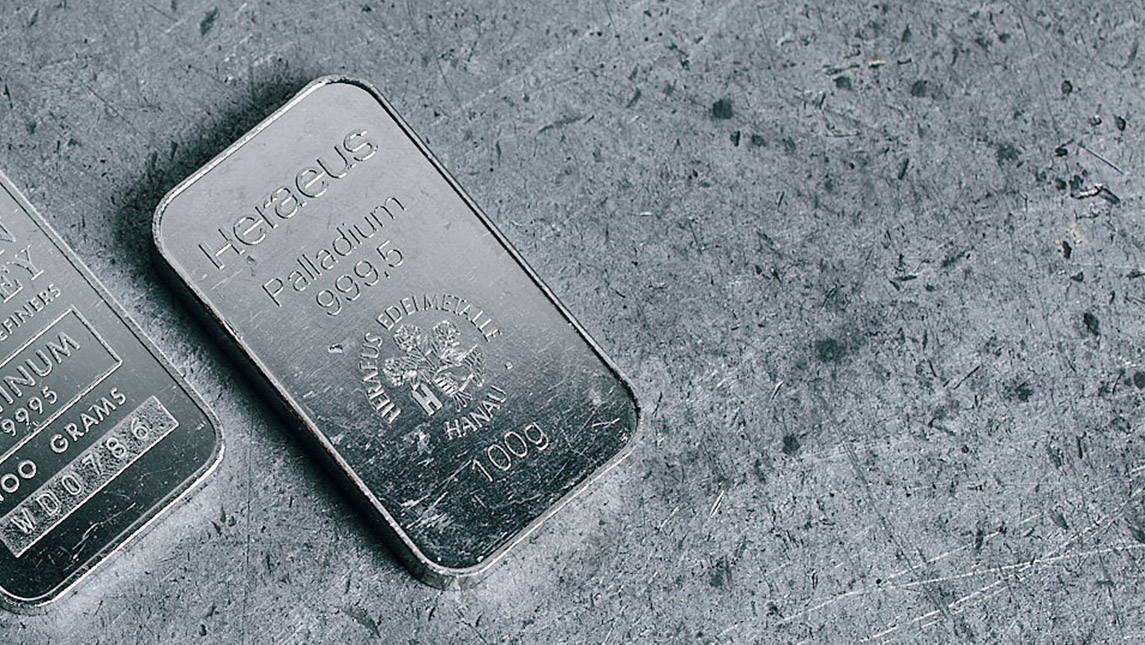 Weak demand and supply concerns balance out for palladium

Palladium is the only one of the four major precious metals for which the price has hardly fallen since mid-May, or even increased in euros. One reason for this is the conflict over raw material supplies between the West and Russia.

After the sharp rise to around €100 per gram at the beginning of the Russia/Ukraine war and the subsequent crash, the volatility of the palladium price was less spectacular recently - but it was still considerable. In mid-June, for example, one gram cost the equivalent of only €56 on the London precious metals exchange, while two months later, it cost €70. Since the publication of the last Focus on Precious Metals, however, the fluctuations have coincidentally largely evened out. Based on the US dollar, there was only a slight decline during this period, and the increase from about €62.40 to €64.70 per gram is also manageable. 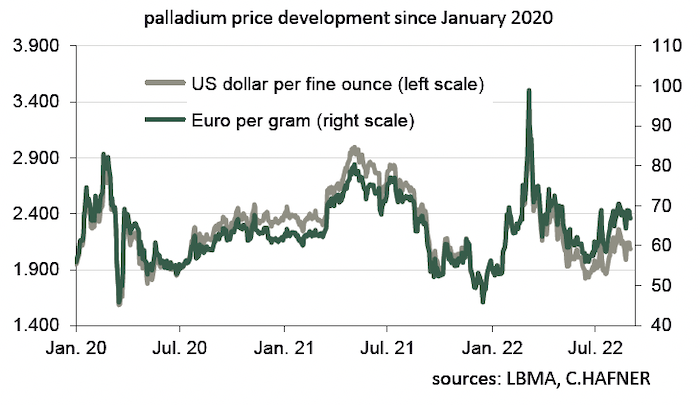 Basically, the demand for palladium for the construction of exhaust catalytic converters of motor vehicles suffers from well-known problems such as the shortage of primary products. According to various reports from the industry, however, demand on the world market has remained high because vehicle manufacturers have built up larger stocks in recent months. They face the problem that Russia is the most important country for palladium production, and it is at least theoretically possible that Moscow could prevent the export of the metal, as is currently the case with gas supplies. This additional demand keeps the price high. The role of China in this is somewhat opaque. Chinese statistics show that palladium imports there have risen sharply of late. In June, they amounted to almost 4.1 tonnes and in July to 4.6 tonnes. With a global demand of about 300 tonnes per year, this is not exactly little. It is possible that the precious metal is reaching the West in a roundabout way, or that Chinese car manufacturers are now also building up stocks. Since this development is difficult to forecast, it also difficult to know whether the palladium price can maintain itself at this level in a recession. In the medium to long term, however, demand for palladium from the vehicle industry is likely to decline due to the trend towards electromobility.